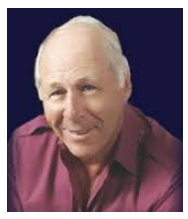 Read the memory of his father written by his stepson at the link above.

Now Available on Amazon and in finer stores! 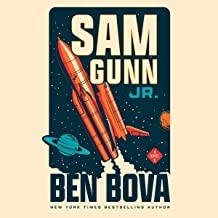 Intergalactic explorer, venture capitalist, and Casanova Sam Gunn may be gone, but his legacy lives on in his son, Sam Gunn Jr. In his first-ever adventure, Sam Gunn Jr. sets off to fulfill his father’s left-behind mission of interplanetary enterprising.
He soon learns his father’s shoes are tough to fill, but he is up for the task.

The LAST Jake Stone ‘Power’ Book is out! 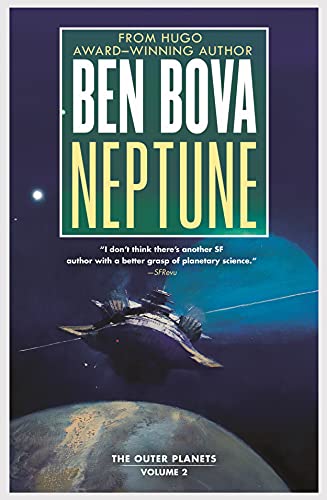 Dr. Ben Bova not only wrote about the future he helped to create it.
The author of more than 140 futuristic novels and nonfiction books he also was involved in science and high technology since the very beginnings of the space program.
He was President Emeritus of the National Space Society and a past president of Science-fiction and Fantasy Writers of America.
Dr. Bova was a frequent commentator on radio and television, and a widely-popular lecturer, teaching at Harvard and working with such film greats as George Lucas and Mel Brooks.
He also was an award-winning editor and an executive in the aerospace industry. Dr. Ben Bova passed away November 29th 2020.

He is author of 140 futuristic novels and nonfiction books. 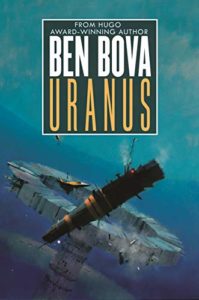 On a privately financed orbital habitat above the planet Uranus, political idealism conflicts with pragmatic, and illegal, methods of financing. Add a scientist who has funding to launch a probe deep into Uranus‘s ocean depths to search for signs of life, and you have a three-way struggle for control.
Humans can’t live on the gas giants, making instead a life in orbit. Kyle Umber, a religious idealist, has built Haven, a sanctuary above the distant planet Uranus.
He invites ”the tired, the sick, the poor“ of Earth to his orbital retreat where men and women can find spiritual peace and refuge from the world.
The billionaire who financed Haven, however, has his own designs: beyond the reach of the laws of the inner planets Haven could become the center for an interplanetary web of narcotics, prostitution, even hunting human prey. 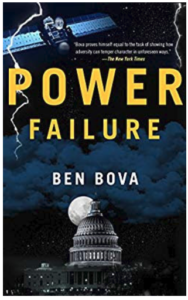 Dr. Jake Ross came to Washington to try to make a difference, but he’s learned the only way to get something done in Washington, assuming your ideals survive the corrosive atmosphere, is to gather power. Ross has gathered a great deal, riding in the wake of Frank Tomlinson.
But now Tomlinson has decided to shoot for the moon. If they win, they get it all. If they lose, the game is over for Jake Ross.
In the Power trilogy, Bova’s vision of a future powered by solar satellite transmission is tantalizingly within reach. 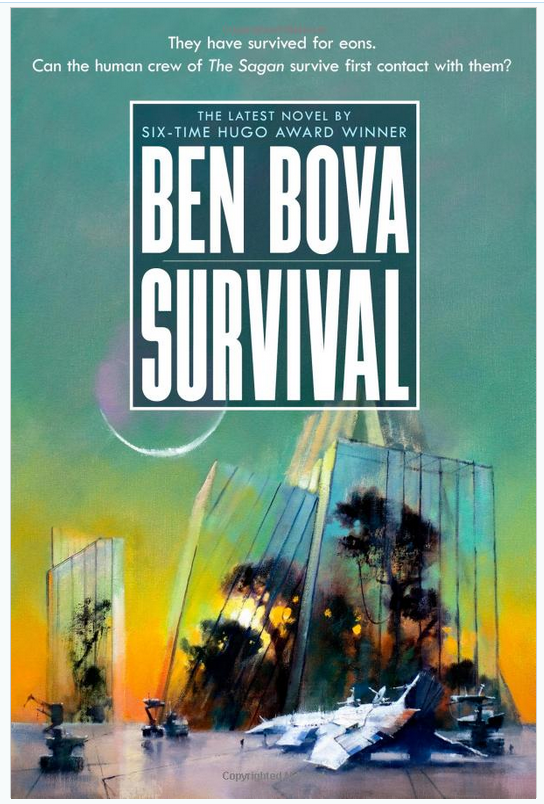 SURVIVAL
Ben Bova continues his hard SF Star Quest series which began with Death Wave and Apes and Angels. In Survival, a human team sent to scout a few hundred lightyears in front of the death wave encounters a civilization far in advance of our own, a civilization of machine intelligences.
These sentient, intelligent machines have existed for eons, and have survived earlier “death waves,” gamma ray bursts from the core of the galaxy. They are totally self-sufficient, completely certain that the death wave cannot harm them, and utterly uninterested in helping to save other civilizations, organic or machine.
(Publisher) Click link above to purchase!